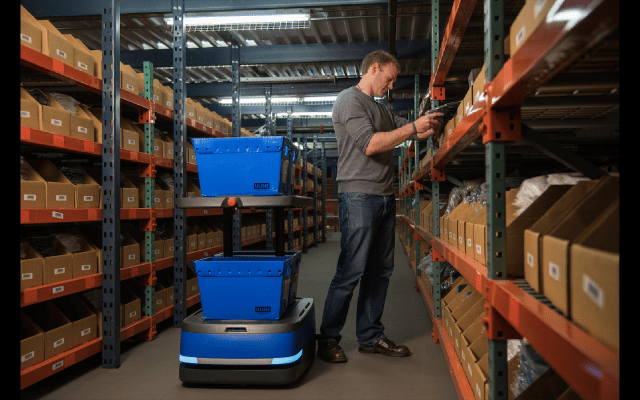 The acquisition will serve to boost efficiencies amongShopify’sFulfillment Network service, which launched in June.

The acquisition gives Shopify access to the robotics experts who helped developAmazon’sown robotics business when they were at Kiva Systems (before Amazon acquired that company).

“Shopify is taking on fulfillment the same way we’ve approached other commerce challenges, by bringing together the best technology to help everyone compete,” said Tobi Lütke, CEO of Shopify, in a statement. “With6 River Systems,we will bring technology and operational efficiencies to companies of all sizes around the world.”

The deal, which was approved by 6 Rivers’ investors, including Menlo Ventures, Norwest Venture Partners and Eclipse Partners, was a mix of cash and stock totaling $450 million, with around $69 million worth of Shopify Class A shares set aside for 6 River Systems’ employees and founders that will vest subject to certain conditions.

Shopify said in a statement that the transaction would have no material effect on the company’s revenue in 2018. It’s expected to increase the company’s expenses by $25 million — including $10 million in operating expenses, $8 million in amortization of intangible assets, and $7 million in stock-based compensation.

Shopify estimated that 6 River Systems will have annual revenues of roughly $30 million in 2020.

Sony is unable to face camera sensors high demand due to...

bao - December 25, 2019
0
Sony is unable to face camera sensors high demand due to multi-lens phones4.1 (82.86%) 7 votesIn terms of camera sensor, Sony reaches the extreme limit of its total production capacity. The Japanese giant, leader in the camera market for smartphones, said it could simply no longer meet the very high demand generated by the proliferation…

SUVs Are Worse for the Climate Than You Ever Imagined

Sonos took the mic out of its smart speaker for the...

ABOUT US
Techbits is your news, tech blog and article website. We provide you with the latest breaking news and videos straight from the tech industry.
Contact us: [email protected]
© Techbits.us 2019
MORE STORIES
shares