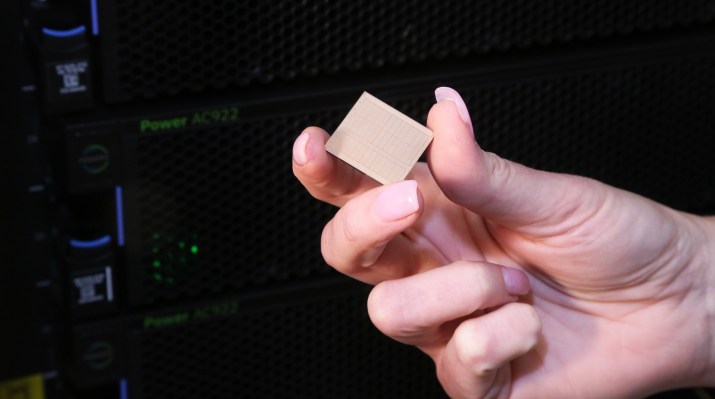 Ken King, general manager for OpenPower at IBM, says that at this point in his organization’s evolution, they wanted to move it under the auspices of theLinux Foundation. “We are taking the OpenPower Foundation, and we are putting it as an entity or project underneath The Linux Foundation with the mindset that we are now bringing more of an open governance approach and open governance principles to the foundation,” King told TechCrunch.

But IBM didn’t stop there. It also announced that it was open sourcing some of the technical underpinnings of the Power Series chip to make it easier for developers and engineers to build on top of the technology. Perhaps most importantly, the company is open sourcing the Power Instruction Set Architecture (ISA). These are “the definitions developers use for ensuring hardware and software work together on Power,” the company explained.

The company is also putting this under an open governance workgroup at the OpenPower Foundation. This matters to open source community members because it provides a layer of transparency that might otherwise be lacking. What that means in practice is that any changes will be subject to a majority vote, so long as the changes meet compatibility requirements, King said.

Jim Zemlin, executive director at the Linux Foundation, says that making all of this part of the Linux Foundation open source community could drive more innovation. “Instead of a very, very long cycle of building an application and working separately with hardware and chip designers, because all of this is open, you’re able to quickly build your application, prototype it with hardware folks, and then work with a service provider or a company like IBM to take it to market. So there’s not tons of layers in between the actual innovation and value captured by industry in that cycle,” Zemlin explained.

In addition, IBM made several other announcements around open sourcing other Power Chip technologies designed to help developers and engineers customize and control their implementations of Power chip technology. “IBM will also contribute multiple other technologies including a softcore implementation of the Power ISA, as well as reference designs for the architecture-agnostic Open Coherent Accelerator Processor Interface (OpenCAPI) and the Open Memory Interface (OMI). The OpenCAPI and OMI technologies help maximize memory bandwidth between processors and attached devices, critical to overcoming performance bottlenecks for emerging workloads like AI,” the company said in a statement.

The softcore implementation of the Power ISA, in particular, should give developers more control and even enable them to build their own instruction sets, Hugh Blemings, executive director of the OpenPower Foundation explained. “They can now actually try crafting their own instruction sets, and try out new ways of the accelerated data processes and so forth at a lower level than previously possible,” he said.

The company is announcing all of this today at the The Linux FoundationOpen Source SummitandOpenPower Summitin San Diego.

Ask HN: Moving from a startup to a big co, what should I be aware of?

The Eclipse Foundation Is Moving to Europe

GitLab.com is moving to 13.0, with narrow breaking changes

iPhone and iPad: How to stop moving faces in Group FaceTime – 9to5Mac

bao - October 2, 2019
0
Since the original Pixel, Google only sold its phones unlocked or through Verizon Wireless. That changed this year with an expansion to T-Mobile, Sprint, and other carriers. However, it seems despite the low-cost Pixel 3a, sales of Google’s smartphones at Verizon make up just 5% of the carrier’s total. Nomad case for Pixel 3 According…

Get a load of the very rude acronym for this new...

Bird lays off about 30% of workforce amid COVID-19 pandemic

With real life shut down, fan meetups move to Zoom

Disney+ will start streaming ‘Star Wars: The Rise of Skywalker’ on...

ABOUT US
Techbits is your news, tech blog and article website. We provide you with the latest breaking news and videos straight from the tech industry.
Contact us: [email protected]
© Techbits.us 2019
MORE STORIES
Control