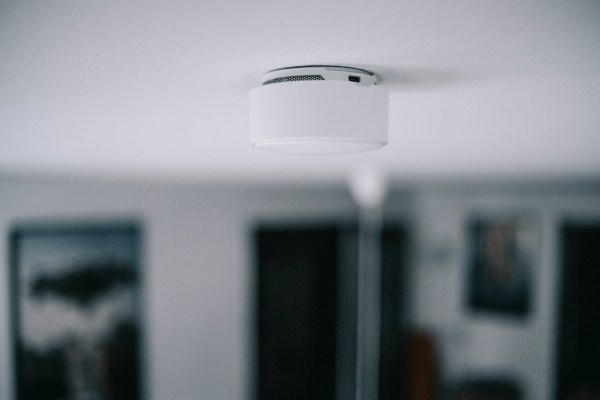 Minut, a Swedish startup that has developed a camera-less home security device that it claims protects privacy better than competitors, has raised $8 million in Series A funding.

Founded in 2014 and headed up by CEO Nils Mattisson, who I’m told spent seven years in the Exploratory Design Group at Apple, Minut wants to make home security monitoring more affordable, but in a way that doesn’t compromise on privacy.

To square that circle, so to speak, the startup’s IoT device is camera-less (in the traditional sense), and instead relies on other sensors including infrared motion detection and a microphone. Crucially, the real-time data captured to determine if anything untoward is taking place in your home is processed on the device itself rather than being shared to the cloud.

“Feeling safe shouldn’t be a luxury, or come at the cost of privacy,” Mattisson says. “Until recently, the most affordable solution for home security and monitoring has been Wi-Fi connected cameras, but people don’t want or trust them in their homes”.

This realisation has seen privacy be the driver of Minut’s design decisions from “day one”, and is why the company was one of the first device makers to do machine learning “at the edge of the network”.

“This approach is technically much more challenging than recording sounds and sending them to a back-end for analysis like an Amazon Alexa or Google Assistant, but it enables us to identify events, such as a window-break or the presence of people, without ever actually recording any sound,” explains Mattisson.

“Features are instead extracted from sensor data in real-time and analysed on the device. When the local neural network recognises that something can be an event, only the extracted fingerprint then gets sent to a global classifier that can do a deeper and more accurate assessment. It’s not possible to reconstruct the sound from the fingerprint”.

The upshot is that Minut can monitor a home while “respecting the integrity of the people who live there”. Mattisson says that developing this architecture was a significant undertaking, and that the company’s unique approach was granted a patent earlier this year”.

To date, Minut has sold more than 10,000 units in 60 countries. It employees around 30 people across its HQ in Malmö, Stockholm and a newly opened office in London. Meanwhile, today’s new capital will be used “accelerate growth across markets and to strengthen the product portfolio”.

Rivian raises $2.5 billion ahead of launch of electric pickup and SUV

Rivian raises $2.5 billion as it pushes to bring its electric RT1 pickup, R1S SUV to market

bao - October 3, 2019
0
Sony today announced a successor to its popular A9 mirrorless interchangeable lens full-frame camera. The A9 II carries over some of the specs and stats of its predecessor, like the 24.2 megapixel stacked imaging sensor, but adds an upgraded BIONZ X image processor, which powers the much more powerful autofocus capabilities in the new camera.…

Elisabeth Moss gets the gaslighting treatment in Invisible Man trailer

Social networks have been weaponized for the impeachment hearings

Are we happier when we spend more time with others?

Video game announcements are getting out of hand – GamesRadar