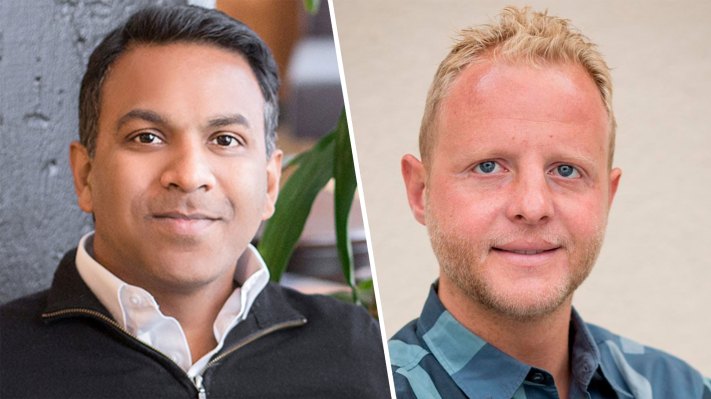 The legalization of cannabis and hemp for medicinal and recreational use in states across the U.S. and in Canada has opened up a huge vein of green, green cash for startups.

Two entrepreneurs tantalized early on by the smell of dank profits arePax LabsCEO Bharat Vassan andEazeandWayvfounder Keith McCarty. They will join us on stage at Disrupt SF to hash out the opportunities for investors and help founders avoid seeing their vision go up in smoke.

BharatVassan took over as Chief Executive at Pax Labs in February 2018. Before that, he served as President and COO at August Home, which sold to Assa Abloy in 2017. Prior to August Home, Vassan was cofounder and COO at Basis Science, which sold to Intel in 2018 for a reported $100 million. Vassan was also at Electronic Arts from 2002 to 2010, where he went from Senior Manager of Mergers & Acquisitions to serving as CFO and COO.

Pax Labs’ valuation, as of its latest$420 million funding round in April of this year, was at $1.7 billion. The company, which makes cannabis vaporizers, has plans to use the funding for international expansion and new products, but Vassan also hinted at a data play in this new market.

“People know about different kinds of alcohol,” said Vasan, in an interview in April. “They may know that they’re a beer person or a wine person. But none of that exists within cannabis. They see names like ‘Lemon Haze’ and ‘Cherry Fizz’ and they don’t know what that is. These are all really awesome names for a band but not great to let you know what you’re consuming. We want to provide more clarity around what that means.”

How Pax Labs plans to do this is unclear, but we’re hoping to learn more about it in October.

Keith McCarty, founder and CEO of Wayv, has a rich history in the tech space and as an entrepreneur. After spending five years at Yammer, and then Microsoft following the acquisition, McCarty went on to found Eaze, a legal cannabis delivery platform.

And whileEazehas continued to grow alongside the cannabis market itself, it put a new problem on McCarty’s radar. The supply chain logistics of the cannabis industry, combined with the fast-changing regulatory market, presents an opportunity for one startup to solve for this problem. McCarty wants that to be Wayv, a new venture that has raised $5 million in funding.

Wayv wants to be the Eaze of the enterprise, connecting licensed cannabis companies to licensed brands to provide next-day delivery of Cannabis products.

These two titans will join us at Disrupt SF in October to discuss the changes in this market and the opportunities appearing before the tech world as a result of those changes.

Pax Labs’ Bharat Vasan is out as CEO

No, it wasn’t a virus; it was Chrome that stopped Macs...

Voices from the Global Climate Strike

Google is discontinuing its ‘print replica’ subscriptions for magazines

Xbox One games shock as Halo Reach and MCC linked to...

Your next DeWalt or Craftsman power tool might have a nigh-fireproof...

ABOUT US
Techbits is your news, tech blog and article website. We provide you with the latest breaking news and videos straight from the tech industry.
Contact us: contact@techbits.us
© Techbits.us 2019
MORE STORIES
Bharat

Pax Labs’ Bharat Vasan is out as CEO