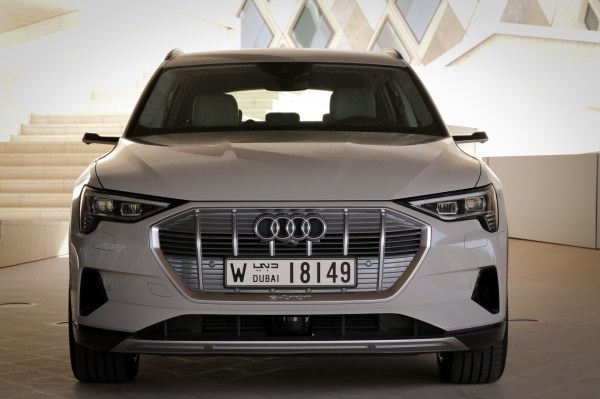 Auditoday issued a voluntary recall in the U.S. for the E-Tron SUV due to the risk of battery fire. An Audi spokesperson told Bloomberg that no fires had been reported over the 1,644 E-Trons Audi has sold. According to the recall, Audi found moisture can seep into the battery cell through a wiring harness. There have been five cases worldwide where this has caused a battery fault warning.

The E-Tron is the German car maker’s first mass-produced electric vehicle. The model is just now hitting the market worldwide, and Audi has sold 540 in the U.S.

I drove the E-Tron late last yearand found it a confident vehicle. It’s not Tesla fast, but it’s packed with Audi’s creature comforts and has a fun powertrain with plenty of acceleration. However, it has a range of just over 200 miles on a charge, making it far less capable than its chief competitor, theTeslaModel X.

Owners who take Audi up on the recall will be compensated with an $800 cash card and a loaner vehicle while it’s in the shop.

An electric dragster has passed 200MPH for the first time

The Finalists for The Europas Awards for European tech startups is...

bao - June 10, 2019
0
The The Europas Awards for European Tech Startups is coming, and today it releases its final shortlist after an intense round of public voting and judges’ delioberations. The awards will be held on 27 June 2019, in London, U.K. and TechCrunch is once more the exclusive media sponsor of the awards, alongside new “tech, culture…

How Many Uber and Lyft Drivers Are in Recalled Cars?

Vaping May Hamper the Lungs’ Ability to Fend off Infections

Can Disney+ secure the streaming rights to the Sony Spider-Man movies?

I skipped breakfast, but Samsung had a robot make me a...

ABOUT US
Techbits is your news, tech blog and article website. We provide you with the latest breaking news and videos straight from the tech industry.
Contact us: [email protected]
© Techbits.us 2019
MORE STORIES
Autonomous