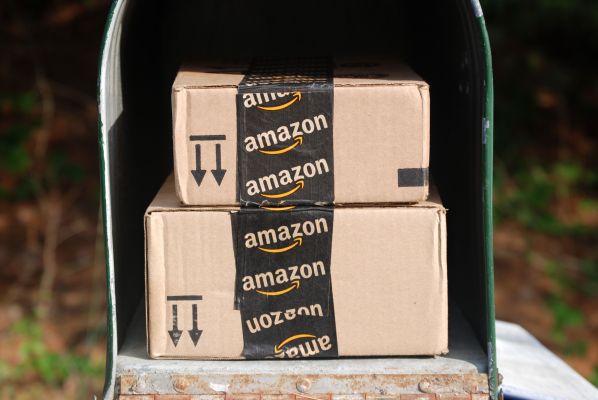 The news was largely a shot at Walmart, who only a few weeks following Amazon’s original announcement, saidit was launching a next-day shipping serviceof its own.

But Walmart’s offering is much smaller — only 200,000 of its most popular items are available for next-day, which puts it more in competition with Target Restock, asimilar offeringwith 35,000 items available — largely focused on household replenishment.

Meanwhile, Amazon this morning took the time to clarify some of its plans around one-day, reminding everyone that one-day isn’t just a switch that it’s planning to flip at some point — it’s already available across a large range of products and continuing to grow.

In Q4, Amazon had said one-day and same-day were available to over 10,000 cities and towns in the U.S. Today,PrimeFree One Day is offered coast to coast, the company says. Alaska, Hawaii, and Puerto Rico have access to Prime, but speeds vary from one-day to five days.

In early April, Amazon says it “significantly expanded” its one-day selection and delivery areas for one-day shipping, and is continuing to add more products and expand its delivery areas.

Amazon added that Prime Free One Day shipping is already 10 times larger than Prime two-day shipping was when launched back in 2005.

What Amazon didn’t shed any light on today on how close it is to making one-day a default for its over 100 million Prime members.

Amazon partners with thousands of mom-and-pop stores in India

‘Star Wars: The Rise of Skywalker’ Scene Debuts on ‘Fortnite’

Why Donald Trump’s ‘orders’ to Apple may bring good news for...

PlayStation 5 console might come with expandable storage in the form...

How to manage your shopping lists with Alexa